In honor of the season of graduation, we wanted to highlight Lucy Hobbs Taylor, the first American woman to graduate from dental school! 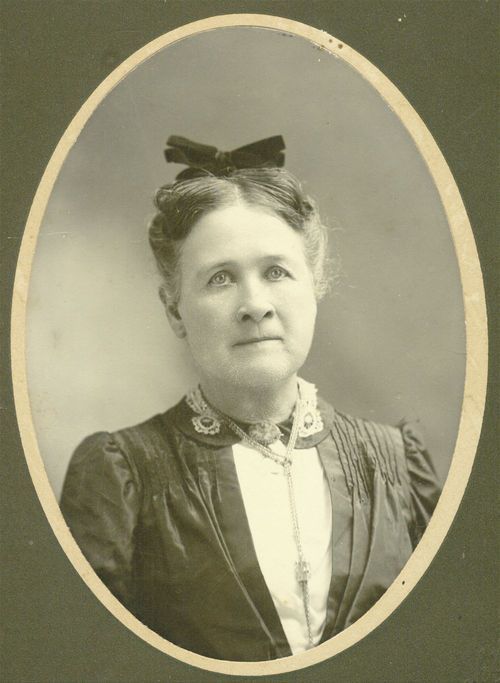 Lucy Hobbs was born on March 14, 1833. She entered the working world by teaching school for ten years in Michigan. In 1859, she moved to Cincinnati, intending to become a dentist. When she was refused admission to dental school, she began a private program of study with a professor from the Ohio College of Dental Surgery. After studying dentistry, Lucy Hobbs started her own practice in Cincinnati in 1861.

In 1865, she finally gained all professional recognition when she was allowed to join the Iowa State Dental Society. That November, she entered the Ohio College of Dental Surgery, where in 1866 she became the first women in the United States to earn her doctorate in dentistry. She later said, “People were amazed when they learned that a young girl had so far forgotten her womanhood as to want to study dentistry.”

She married James M. Taylor in April 1867, becoming Lucy Hobbs Taylor. Lucy then convinced her husband to enter dentistry as well. They practiced jointly until James Taylor died in 1886. After her husband’s death, Lucy ceased to be an active dentist, but became more active in politics, campaigning for greater women’s rights, until her own death on October 3, 1910.

Lucy made a lasting impact, by 1900, almost one thousand women had followed Lucy Taylor into dentistry, an increase many attribute largely to her accomplishments. In 1983, Lucy was honored by the establishment of The Lucy Hobbs Taylor Award, which is now presented annually to  AAWD (American Association of Women Dentists) members in recognition of professional excellence and achievements in advancing the role of women in dentistry.

Thank goodness for women like Lucy Hobbs Taylor who helped make it possible for women to participate and truly thrive in the dental field!

You can follow us today!
Get updates on classes & schedules

Copyright All Rights Reserved © 2016 | Powered by Peak Enrollment
Contact Us

We are excited to help you take the next steps toward your dental career. Contact us and we'll get back to you asap!